• Two players, one has red tokens, the other has white tokens. • Checkers may be played on an 8×8, 10×10 or 12×12 board. • No matter the size of the board, pieces are placed on the dark squares of the board, leaving the middle two rows blank. How to Play (Recommended: https://www.youtube.com/watch?v=m0drB0cx8pQ) • Players cannot move an opponent’s piece. • Turns alternate between players until the game is won. • The player who runs out of pieces first or cannot make a valid move loses the game. • Pieces may only move diagonally into unoccupied squares and only by one square if they are not capturing a piece. • A piece may capture opponent’s pieces by jumping over them diagonally. So long as there are successive pieces to be captured, the piece may continue moving. The line the piece travels does not have to be straight along one diagonal, it may change directions so long as it continues to progress the board and capture pieces. • When a piece has reached the King’s Row (furthest row from it’s originating side) then it is “kinged” by placing a second token on top of it. This piece is now permitted to move backwards on the board and allowed to capture backward. Implementation • Establish the size of the board via command line arguments, must include error handling for too many and too few arguments as well as incorrect input. • The board must be created using two-dimensional, dynamic memory. • The board must be correctly colored black and white using the following code as a base. The following code fragment colors a two-dimensional board. It is expected that you will adjust it as needed to provide the best user interface possible for your program. for(int i=0; i for(int j=0; j if (i%2 == 0 && j%2 == 0) cout else if (i%2 == 1 && j%2 == 1) cout else cout cout } cout } • The game must be correctly set up and played as described in the “Set Up” and “How to Play” sections of this document. • The path of travel shall be received as a single, c-style. string and correctly parsed and error handled to move the pieces in a correct fashion on the board. The string should be a list of square coordinates. It is up to you as the programmer to determine the best delimiter and coordinate system to use. Whatever method that is chosen should be clearly communicated to the user. The board should be printed after each move of a piece and include the defined coordinate system. This is especially important for a piece that may move multiple squares in a turn. After each move, captured pieces should be removed from the board. Example board below: • When the move sequence of a turn has been completed, the total number of captured pieces for each player should be displayed. • If a piece makes the King’s Row then it should be “kinged” in some way. Kinged pieces are the only pieces which may move forwards and backwards on the board. • The game should end when only one color of piece remains on the board or if a player has run out of valid moves. • You will submit a README.txt that outlines how your program is compiled and run. Grading Design to be submitted to recitation. Implementation – 80 pts Automatic Deductions Memory Leaks: -10 pts Segmentation Faults: -10 pts Global Variables (including constants): -10 pts Missing Error Handling: -10 pts Functions More Than 20 Lines: -10 pts Missing README File: -10 pts Style. and Code Quality – 20 pts Assignment 6 will not be demoed. TAs will grade on their own during Finals Week. You will submit a README.txt that outlines how your program is compiled and run. Failure to submit a README.txt will result in a deduction as well as any penalties that may be incurred as a result of incorrect use of your program.本团队核心人员组成主要包括BAT一线工程师，精通德英语！我们主要业务范围是代做编程大作业、课程设计等等。我们的方向领域：window编程 数值算法 AI人工智能 金融统计 计量分析 大数据 网络编程 WEB编程 通讯编程 游戏编程多媒体linux 外挂编程 程序API图像处理 嵌入式/单片机 数据库编程 控制台 进程与线程 网络安全 汇编语言 硬件编程 软件设计 工程标准规等。其中代写编程、代写程序、代写留学生程序作业语言或工具包括但不限于以下范围:C/C++/C#代写Java代写IT代写Python代写辅导编程作业Matlab代写Haskell代写Processing代写Linux环境搭建Rust代写Data Structure Assginment 数据结构代写MIPS代写Machine Learning 作业 代写Oracle/SQL/PostgreSQL/Pig 数据库代写/代做/辅导Web开发、网站开发、网站作业ASP.NET网站开发Finance Insurace Statistics统计、回归、迭代Prolog代写Computer Computational method代做因为专业，所以值得信赖。如有需要，请加QQ：99515681 或邮箱：99515681@qq.com 微信：codehelp QQ：99515681 或邮箱：99515681@qq.com 微信：codehelp 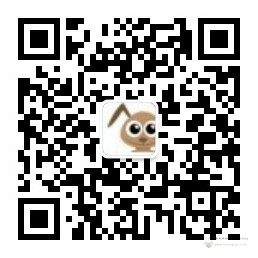